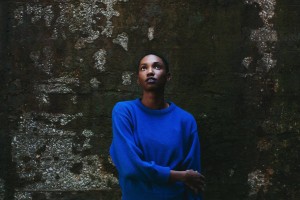 Hailing from New York City, Sye Elaine Spence is a singer/songwriter currently residing in Atlanta (Georgia, USA). Delving first into poetry as a child, Spence married her fascination with words and melodies at the age of eight after receiving her first piano, a gift from her mother. She went on to study the voices of Nancy Wilson, Mahalia Jackson, Billie Holiday and Nina Simone through her grandmother’s 45s. During the latter part of the 2000s she was very active in the New York Indie scene. She partook in everything from pop-rock to soul and the gigging circuit between New York and Atlanta, but after a bevy of digitally released songs between 2010 and 2012 she opted for a hiatus from the music scene and moved out to Atlanta permanently.

This break, from what had been a lack of true fulfillment or purpose behind the work, eventually opened the door for a revisit. Urged on by a chance meeting with folk multi-instrumentalist, Michael Lesousky, Spence returned to and explored her roots as a writer and a poet. The result of which, in collaboration with Lesousky, led to the first release, the 4 track EP, Bloom.

1. How did you get started?
I got started in 2008, writing for local NYC artists. In 2010, I started recording my own music and most recently released my latest EP, Bloom in 2014.

2. What ingredients do you need to mix together to produce the recipe of your sound?
At this time, my sound is really minimal. I would say the vocals are the ‘main ingredient’ and we try to build very simple arrangements that keep the vocals and the lyrics in the forefront.

3. Did your first gig make you hungry for more?
Yes. I think every performance does that to some degree. I really like translating what we do in the writing process in a live environment. Most of my songs are like mini stories so performing feels like this natural story telling experience that I always look forward to.

4. What’s the biggest ‘cock up’ to date?
I am not sure I know what a cock up is! Haha, but I will take a guess that it is the most awesome thing that has happened so far? If so, I would say just being able to meet so many cool people in this journey of being an artist. The sense of community that evolves with other creatives has been the greatest gift so far.

5. What is it that inspires you to make your music/sound?
Love.

6. What would be the icing on the cake?
To continue doing what I love, writing and performing. And to continue to build a community around my work.

7. How will you be remembered? (what will make you vintage?)
I hope to be remembered as a simple woman who contributed work to the world that was both beautiful and honest.

8. Describe your music as if it were a fine wine?
Well it definitely be a red. Full body. A good Merlot.

9. Digestive! If you weren’t doing what you are doing now, what would make you happy?
Trotting the globe with my daughter. Laying in open fields, losing track of time, and chasing our shadows.

10. AfterMint! Does your musical style influence your underwear?
Yes, it does!