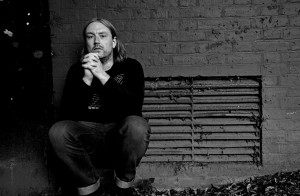 His debut single ‘Skydive’ was released in June 2014 and enjoyed instant viral success; spending a week in the Hype Machine’s top five of 4,000 favourites and racking up over 120,000 plays on Soundcloud. This was closely followed in July by the album ‘Hollow Ponds’.

1. How did you get started?
My old band had stopped and I had also broke my leg in three places (these two events are not related)! I spent about three weeks in hospital, all dosed up on morphine and wondering what the hell was going on, and resolved to just get on with what I wanted to do, which at the time – as ever – was to make more and more music.

2. What ingredients do you need to mix together to produce the recipe of your sound?
Lots of sitting around waiting for inspiration to show up.

3. Did your first gig make you hungry for more?
Astronauts was never meant to be a gigging thing really, I just wanted to make a record that I could be really proud of, and which reflected where I was at, at the time. The gigs just followed, I’ve only ever responded to interest and offers from people. Last month [Feb 2015] we went round all of Italy, and we’re off to France, Luxembourg, and Belgium in a couple of weeks, so I think that now I am hungry for more, yes.

4. What’s the biggest ‘cock up’ to date?
I don’t know, things have gone pretty smoothly so far. Boring answer, but I’m very happy with how it’s progressed and the reaction it’s had.

5. What is it that inspires you to make your music/sound?
At the risk of sounding airy and vague, it just seems to happen. I’ve always got a folder of songs on the go, or a little notebook full of ideas that occur to me. It’s just a constant struggle to get to a point where everything is finished, a struggle I never seem to win!

6. What would be the icing on the cake?
To be recognised in the Queen’s end-of-year honours list. Anything less would represent a resounding failure.

7. How will you be remembered? (What will make you vintage?)
I’d like to be remembered as: 1. Someone who made at least three albums under the name Astronauts, 2. Wrote the odd song that was pretty good, 3. Was a spokesman for a generation, and 4. Dragged humanity into a new phase of creativity, peace and understanding. All depends on my mood!

8. Describe your music as if it were a fine wine.
Full-bodied, with a creeping sense of dread.

9. Digestive! If you weren’t doing what you are doing now, what would make you happy?
Nothing else, really. I’ve tried doing other stuff but just end up thinking about music making while I’m doing it.

10. AfterMint! Does your musical style influence your underwear?
No.