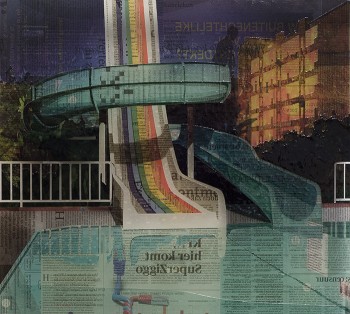 Martijn Hesseling was born in Ede, Holland in 1971. He studied at the Academy of Art in Enschede and graduated at the Dutch Art Institute. His work – varnish treated newspaper or book sheets which he applies on transparent plexiglass plates – produces a visually similar result to that of traditional painting. The treatment with varnish makes the paper sheets become translucent and generates, when placed on top of one another, the impression of depth even on a bi-dimensional surface, just as several superposed layers of paint do. The result of this creative process are collages – actually almost reliefs – in which images are constructed by mean of the overlapping and the juxtaposition of thousands of newspaper scraps. Their number, color and size are always different as well as the thickness of each paper layer.

1. What would you say is the most important theme in your work?
I don’t think that there is a mayor theme in my work, but there are some elements that always come up. My work is transparent, so light is always a big issue just as time and reality. Using newspaper and books as material also have an influence on the images I choose to work with. 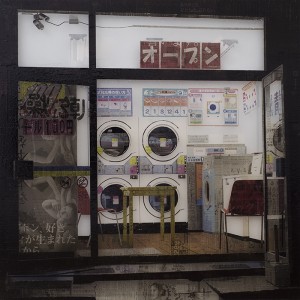 2. What’s most inspiring to your working process?
I guess the material, it always give me a kind of feedback when I’m working

3. Have you any strange talents that influence the work you produce or the way you produce it?
I’m pretty good with a cutting knife.

4. Which artist of the past would you resurrect to collaborate with and why?
Perhaps Sigmar Polke, seeing his work for the first time made me rethink about the way you can change a painting to something different but still keep the idea of a painting. Furthermore I’m mostly influenced by Dutch and Flemish Masters, Early Renaissance painters and Japanese woodblock prints. 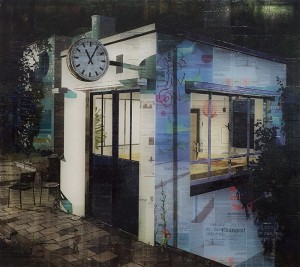 5. Do you think your work is understood or misinterpreted and why?
I don’t really think about that. For me it’s very basic it’s good or it isn’t and sometimes I don’t know, then my wife decides.

6. If you could decorate one place in the world what would it be and how would you do it?
In that case I would like to make a big piece in a bunker war room about the meaning of life that covers a complete wall like photo wallpaper.

7. What to date has been your ‘cherry on the cake’ moment and what was it that got you there?
When I was studying painting I was struggling with paint somehow it didn’t work for me so I started experimenting with other materials and surfaces. The first work I made with newspapers really thrilled me, it fell apart after a few months because it was made with oil and polyester which don’t mix apparently. But I had made something I had never seen before and achieved all the qualities that I was looking for.

8. What we ask everyone! Does your artistic style influence your underwear?
Not in a conscious way.