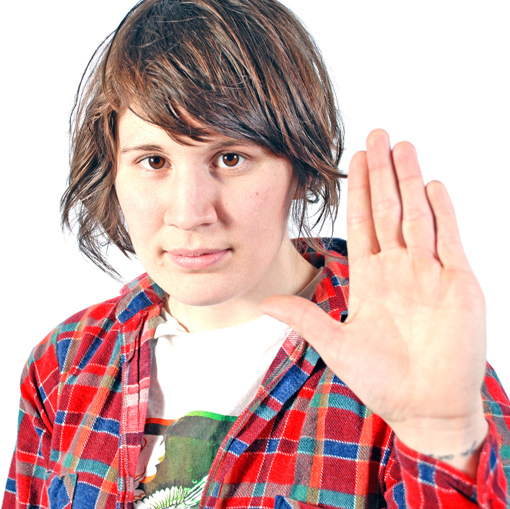 Sea of Bees is the musical project of Julie Ann Bee (Baenziger). From Sacramento, California she’s a singer who writes her own songs and is also a instrumentalist, playing many different instruments.

She was picked up by producer John Baccigaluppi after he’d heard her singing in his studio. Julie’s sound could have been tricky to bottle but, the collaboration worked out and together they released an EP and then the LP ‘Songs for Ravens’.

1. How did you get started?
I was 16 and just singing songs in my room, I didn’t know what to do really. I just kept singing though, no matter! It is my way of living – just doing it.

With music, I played in a crazy band for a while, I was the bassist and sung back vocals. This was my time to learn and play hard. I did that, I loved it, it was my freedom. No judgements, nothing but expression and the rage of being lonely and loving music.

I also met my friend John Baccigaluppi, my best mate. He runs a studio called ‘THE HANGAR STUDIOS’. People such as Andy Cabic and Devendra record there. I never knew anything about anything, or anybody but I knew John and that is awesome. He let me record some songs I wrote in the studio, 4 acoustic songs. I actually just tinkered around with what was around just for the hell of it. Like the toy piano and the rhodes, I had no idea what I was doing, but it was rad and made me happy. It started all there… in the little town of SACTO, CALI FORN EYE AY!

2. What ingredients do you need to mix together to produce the recipe of your sound?
Freedom!

I remember I tried writing a song but I couldn’t, there was too much pressure. So I sat down and played something, I had never played before I just started to hum and let out my hearts thoughts, all the shit and good inside. I’m happy with where it’s going though. I just need time to let out something, special… TIME /// CROWDED MIND /// LOVE

3. Did your first gig make you hungry for more?
My first gig was in a house I think… I never cared for attention… just wanted to live and do music…

Sea of Bees – Marmalade by bayareanative

4. What’s the biggest ‘cock up’ to date?
I love sex talk… OHHH A BLUNDER FUCK UP TYPE OF THING THAT HAPPENED?? OHHHH COCK UP YOUR BEAVER TYPE OF SITUATION!!! I get it!!!

Mmm? I think it was at the SHEPARDS BUSH EMPIRE, I get nervous still sometimes… I hit a completely wrong chord, like not at all in the song, I stopped …but I dunno, got over it and I was koool.

5. What is it that inspires you to make your music/sound?
–

6. What would be the icing on the cake?
ENGLISH BATHS!!! MAKE OUT SESSIONS!!

For me, really I just love hanging out with my homies from Heavenly, we are all tight.

7. How will you be remembered? (what will make you vintage?)
Sex is always vintage and sexuality is too!!!

8. Describe your music as if it were a fine wine.
EMOTION AND COLOUR DIVINE

9. Digestive! If you weren’t doing what you are doing now, what would make you happy?
–

10. AfterMint! Does your musical style influence your underwear?
Ha ha I am wearing penis underwear!!! My friend makes them, nice white undies with a painted penis on it… I think these ones are influential, but I’d have to say no.