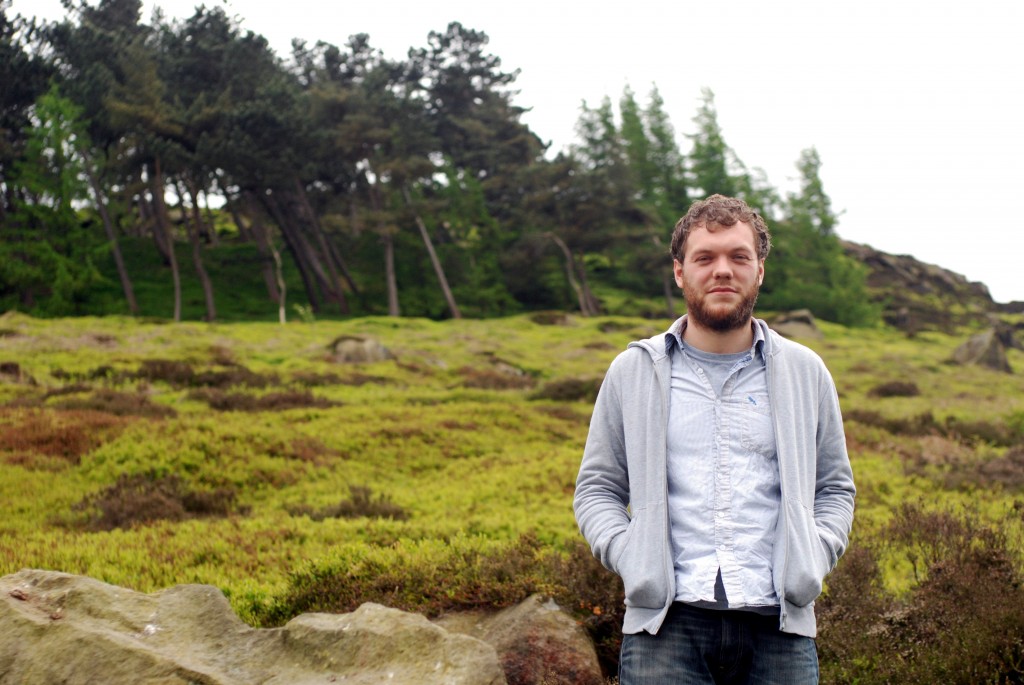 Fieldhead is the project of current Vancouver resident Paul Elam who is often accompanied by violinists Sarah Kemp & Elaine Reynolds [esker]. Paul is also a full-time member of the Hood side project The Declining Winter, and also finds some time for Glissando’s Fleeting Glimpse Ensemble.

The debut self release ‘Introductions’ EP back in 2008 was followed up by acclaimed album ‘They Shook Hands for Hours’ on Home Assembly music in 2009.

The latest release ‘Riser’ EP comes on a limited edition 10″ vinyl [Gizeh Records]. Riser distinguishes itself by bringing in the sound of the human voice. A proposed objection to it being an afterthought to the music as it is stripped back along with minimal, organic synthesisers.

1. How did you get started?
I’d been playing about making electronic music for ages, but only began to be happy with what I was making a few years ago. I tentatively started to pass what I’d done round friends, and was very much encouraged, especially by Richard from The Declining Winter (a band in which I also play guitar). Through him I ended up with an offer to put an album out on Home Assembly Music, so had to actually sit down and write one. That seemed to go ok, so some touring and an EP on Gizeh Records followed in 2010, and that’s about it so far.

2. What ingredients do you need to mix together to produce the recipe of your sound?
Plenty of time, a lack of distractingly nice weather, a guitar and some old music software.

3. Did your first gig make you hungry for more?
As Fieldhead? It mainly made me terrified. I’d originally decided that this would be a recorded music only project, as I had no idea how to recreate what I’d done in front of an audience. Then a friend and local promoter asked me to play a house show in Leeds with Library Tapes, and I decided that I’d be foolish to say no. A month or so later I found myself at the show, still unsure as to how I was going to pull it off. I’ve been playing in bands since I was fifteen, but have always had at least another three or four people to hide behind, and going solo is a very different experience. However, I did end up enjoying most of it, and learnt a lot about playing live from the experience. Since then Fieldhead live has changed greatly (mainly through the addition of Sarah and Elaine playing violin) and I really enjoy playing gigs.

4. What’s the biggest ‘cock up’ to date?
This would have to be our show at a festival near Skipton last summer. We were playing on a stage run by an inebriated stage manager, and were scheduled to come on after two sets of burlesque strippers (the first of which had covered everything in raw egg). After a few failed attempts at communicating with the stage manager and sound engineer, our equipment was covered in egg and Elaine was getting electric shocks from the PA system. 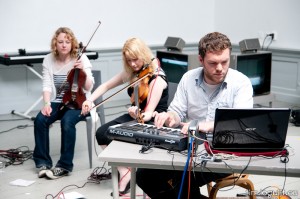 In the panic and rush to get everything set up I managed to slip and fall off the back of the stage in front of the waiting audience, taking out much of the projection screen and my dignity. Amazingly the gig actually went ahead and we managed to cram a twenty five minute set in to the fifteen minutes we’d been allocated, but I’m not sure it’s an experience I’d like to repeat.

5. What is it that inspires you to make your music/sound?
Geography and other people’s music.

6. What would be the icing on the cake?
I’d be very happy if I was able to make music for as long as I want, and could tour everywhere.

7. How will you be remembered? (what will make you vintage?)
I haven’t a clue!

8. Describe your music as if it were a fine wine.
Cheap to produce, occasionally harsh, often with a dusty exterior.

9. Digestive! If you weren’t doing what you are doing now, what would make you happy?
Well, most of what I do now is working an office job at the University of British Columbia, and not having to do that would make me happier. But, aside from music, plenty of spare time to allow me to visit the coldest parts of the globe would do nicely.

10. AfterMint! Does your musical style influence your underwear?
Not that I’m aware of, although I get told that they can both appear quite degraded.