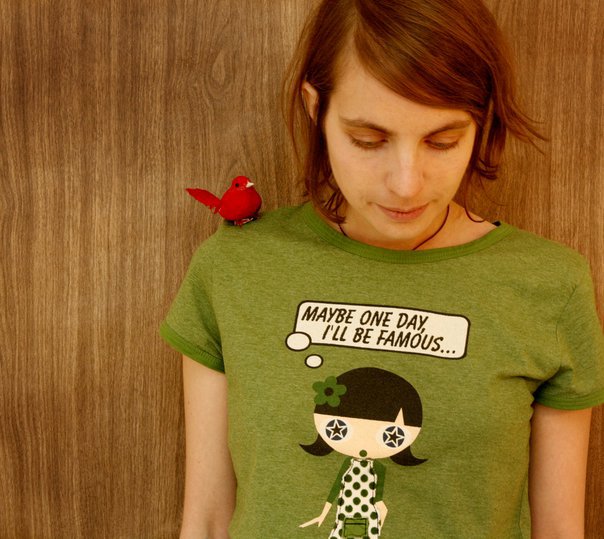 Multi talented Claudine Muno grew up in the southern Luxembourg town of Pétange.  She completed her education with a diploma in languages, literature and Latin and followed up with a degree in History from the University of Strasbourg, France.  Alongside music she’s a well respected author and once cultural editor of Luxembourg’s left/green magazine Woxx.

Singing both in English and French the band came together in 2003, originally as a side project. The first album ‘Petites Chansons Méchantes’ was released in 2007 followed up by ‘Noctambul’ in 2010. The folk-pop bands current line up includes; Menny Olinger, Sandra Cifani, Claude Schaus, John Schlammes, Matt Dawson and long time collaborator Thierry Kinsch.

Here we get an insight in form of the Q10… and in retort I pensively think about an answer to the answer of the tenth question.

1. How did you get started?
As a band, we started out in 2003. I had a bunch of songs I’d written and Serge Tonnar and Thierry Kinsch helped me work on them. These songs made up our first album ‘faith+death+love’. Thierry Kinsch put together the band that was to become the Luna boots. At first it was only meant to be a project, but we found ourselves working quite well together, therefore it lasted…

2. What ingredients do you need to mix together to produce the recipe of your sound?
I write most of the Luna boots songs at my place, I record them and put together a first version on my computer. Thierry gets all the songs and then decides which ones he likes and wants to work on. It’s his arrangement that creates the ‘Luna boots’-sound. During the rehearsals with the other band members, the songs sometimes change one more time. Everyone has their own influences (folk, country, jazz) and that mixture pretty much makes up the sound of the Luna boots.

3. Did your first gig make you hungry for more?
We played our first gig at the Kulturfabrik and although I was quite scared on stage (and still am) playing live is just part of the game… But it’s true I much prefer recording and writing songs.

4. What’s the biggest ‘cock up’ to date?
We had some… I once had a panic attack on stage and couldn’t remember the words to any of the songs! 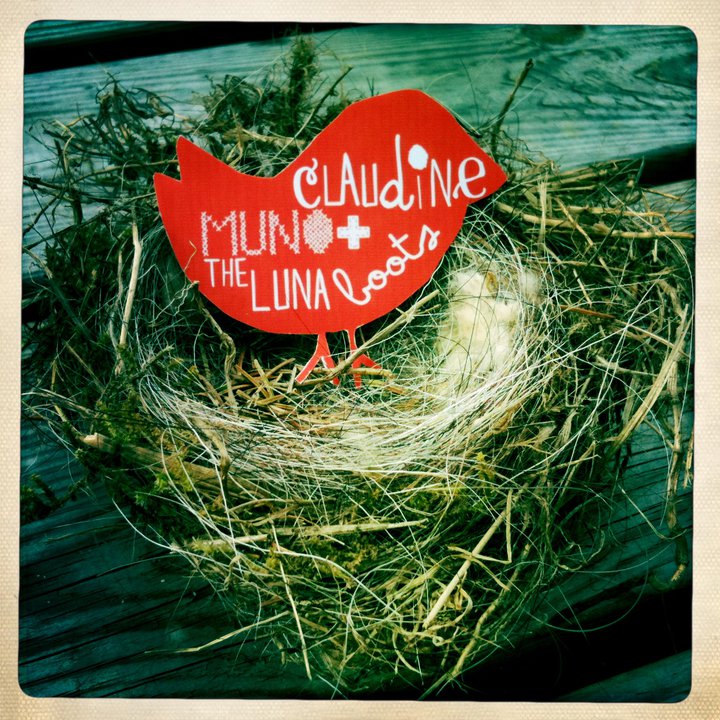 5. What is it that inspires you to make your music/sound?
For my part, it’s the acoustic guitar – I don’t know about the other musicians in the band. I could play the guitar for hours. It’s also the sound I like most, strings, wood, the creaking of the chair you’re sitting on while you’re playing.

6. What would be the icing on the cake?
It would be great to have the money to afford building a studio, just to be able to record any time…

8. Describe your music as if it were a fine wine.
Difficult as I don’t drink wine and always found it to be a disgusting beverage. I’d much rather play music that’s like cold peach juice.

9. Digestive! If you weren’t doing what you are doing now, what would make you happy?
Sitting in the backseat of a car, looking out the window… 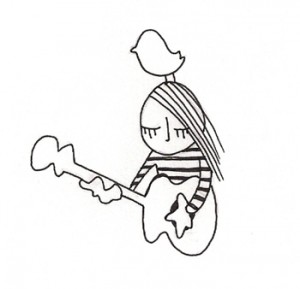