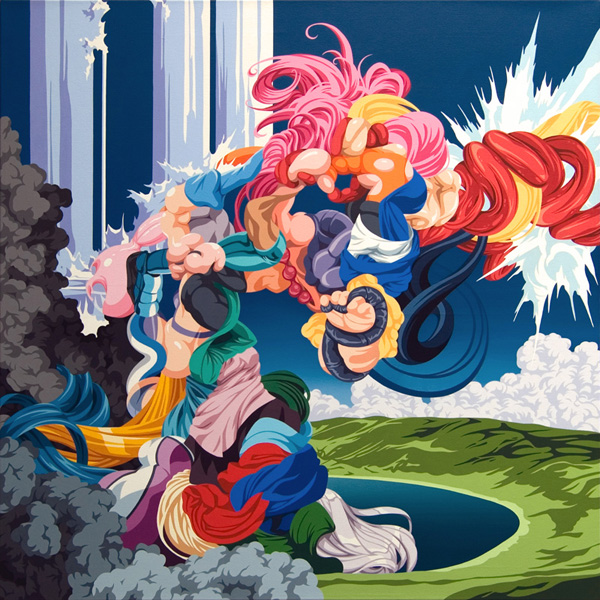 James Roper works in various mediums including painting, drawing, graphic design, sculpture and film. His work explores a variety of subjects, from the heightened realities depicted in modern media to the perceptual effects of semi-abstraction. Roper has exhibited widely throughout the world including both group and solo shows in London, New York, Milan and Barcelona.

1. What would you say is the most important theme in your work?
Pleasurable retinal violation.

2. What’s most inspiring to your working process?
Trawling through thousands upon thousands of images on the web. That vast array of visual information that can be tapped into is unique to artists of my generation. I believe it can be used as a catalyst, expanding my work in a multitude of ways that amalgamate into something much more expansive than what I might otherwise be capable of. 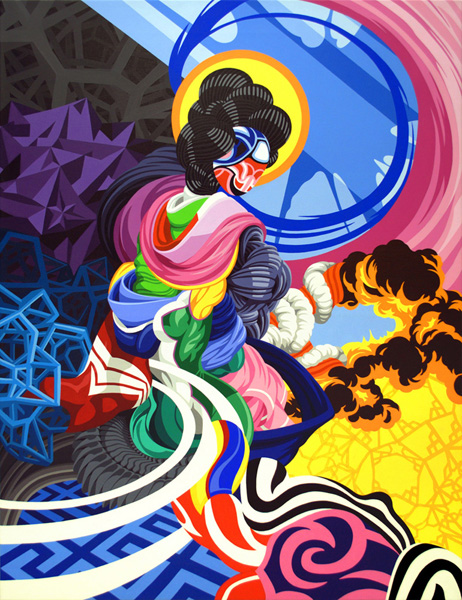 3. Have you any strange talents that influence the work you produce or the way you produce it?
Not sure I’d call it a talent but I have a mild form of OCD. I used to perform small obsessive rituals and like to do repetitive things when I was younger, I’ve definitely been able to channel that into my working process e.g. my sculptural pieces Devotion and Construct …sane people don’t do that sort of thing, especially as ‘side projects’.

4. Which artist of the past would you resurrect to collaborate with and why?
I like the idea of a zombie Jackson Pollock. I’d have to chain him up, but I’m sure he’d still have the old magic, if not better.

5. Do you think your work is understood or misinterpreted and why?
I’d say my work is ultimately about the pleasure of looking, therefore a viewers understanding of it should predominantly arrive through that experience regardless of what I tell them it’s about or why I’ve created it. 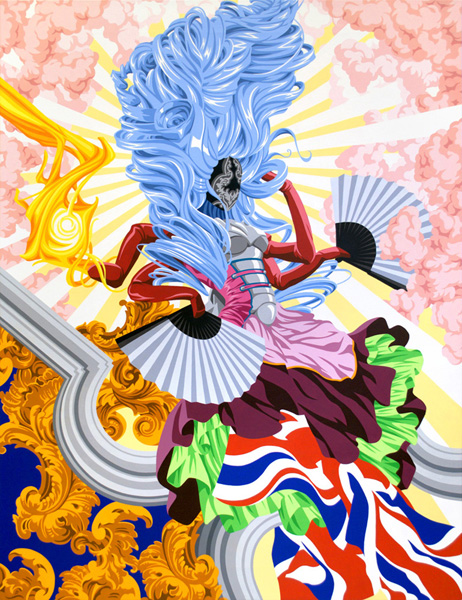 6. If you could decorate one place in the world what would it be and how would you do it?
Decorate? …Like Christmas?…I think I’d put fairy lights and a star on top of Hyperion …Google it! it’s a big ass tree in California. I wouldn’t be able to do it though because its whereabouts are undisclosed, which is probably for the best, I’m scared of heights.

7. What to date has been your ‘cherry on the cake’ moment and what was it that got you there?
Kanye West wearing the Tshirt I designed for Tank Theory. It doesn’t really mean anything but at the time it was surreal seeing something I’d created whilst poor and on the dole, on my friends shitty PC, being worn by an international hip-hop superstar. He also had on a medallion made by my favourite artist Takashi Murakami. For the record, I’m now off the dole and have my own shitty PC.

8. What we ask everyone! Does your artistic style influence your underwear?
Yes, I wear an array of multi-coloured billowing fabrics, and there’s the occasional explosive discharge.